When this Melbourne based couple adopted Omar, it was nothing unusual with his size. In fact he looked exactly like his siblings. But today, he managed to break the Guinness World Record for the World’s Longest Cat. 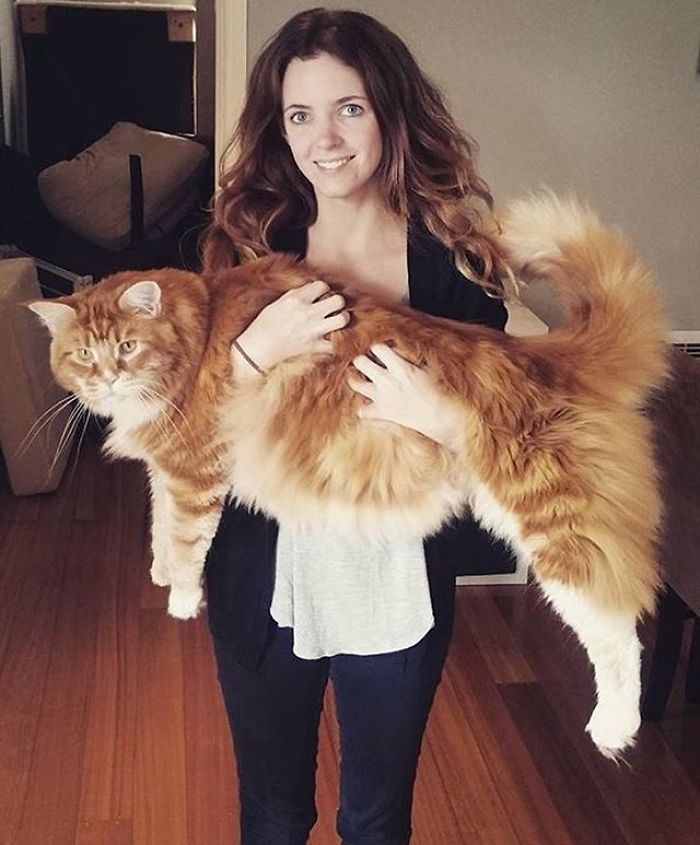 Stephy Hirst, the cat’s fur mom explains that it never crossed her mind Omar would became so big. 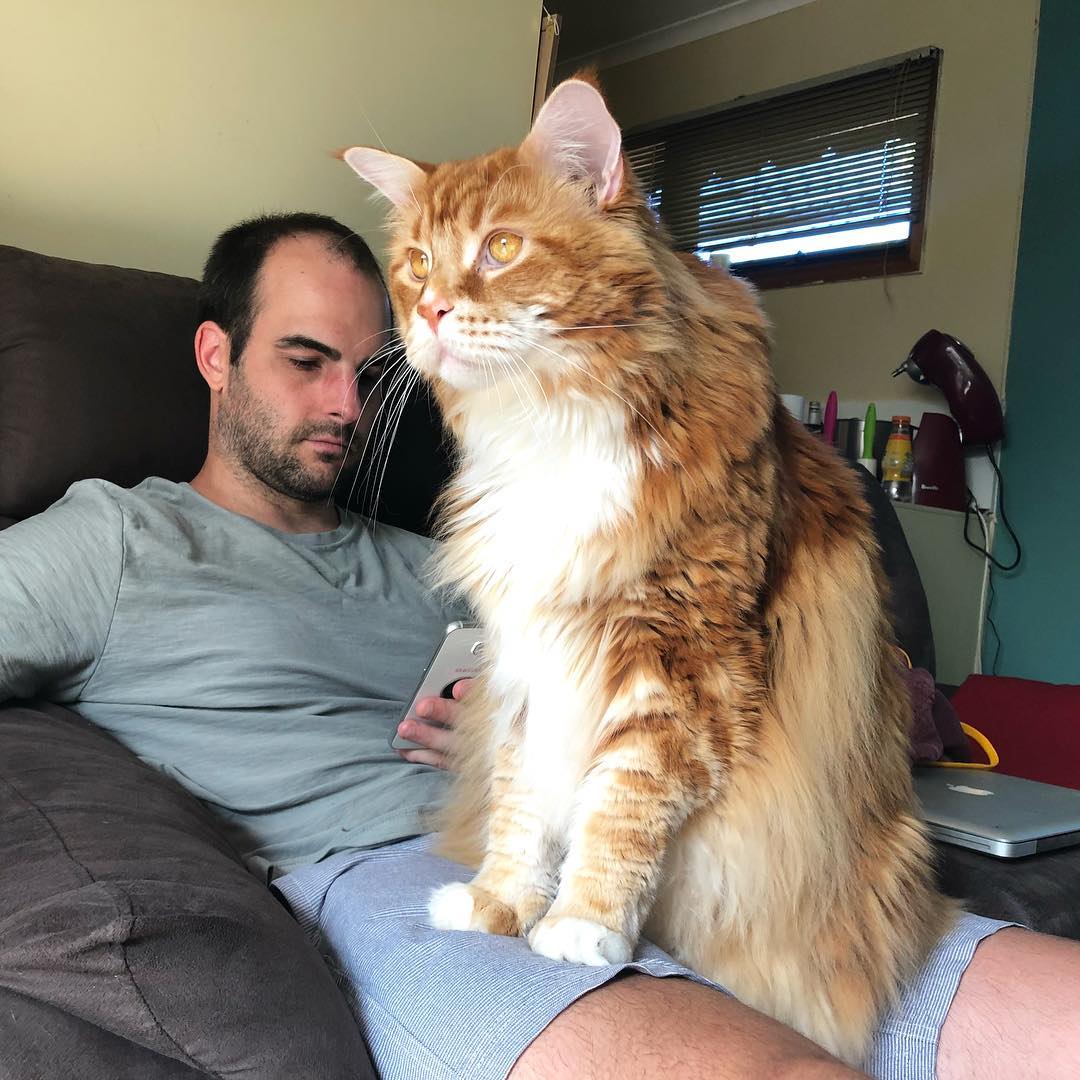 “We were expecting a 19 pound cat.He got to that before he was one year old, and that’s when we sort of realized that he’s not nearly done yet.Omar was tiny when we got him but then he just started growing and was at 22 lbs one year old,”the woman said. Now the pompous feline measures 47 inches and weighs around 30 pounds.

What a great day for having a yarn with some birds! 🐱🐦 turn on sound to listen! Now that daylight savings has begun I can go outside after mama gets home from work!

Omar gained popularity when photos of him were shared on the famous ‘Cats of Instagram’ account. Actually it’s when the cat draw the Guinness Book attention.

If you sit here long enough and wait the humans eventually get the picture and let you out. Patience is key. Meowing loudly doesn’t hurt either. . . #omarmainecoon #mainecoon #gingercat #calico #tortie #kitten #catsofinsta #catstagram #fluffycats #bigcat

“All of our friends want to come over and see our cat,” Stephy Hirst told BBC. “The say ‘is that Photoshopped?’ or ‘that can’t be real’ and then they see him in the flesh.”

However, being the world’s longest cat comes with its own inconveniences as the family’s bed is not large enough for all of them. “He sleeps on the couch … because he takes up too much room on the bed and he demands we cuddle and pet him all through the night,” Stephy said. Watch this adorable, unique cat in the video bellow:

Cougar rescued from a sad life in a zoo is learning...