Sometimes, dogs are innocent thieves! However, a police department therapy dog is the last one I would see capable of doing that. But this pup in Franklin, Massachusetts, decided to prove me I’m wrong.

Days before Christmas, Franklin Police Department collected toys for the Santa Foundation, a local center that helps those in need. But officers were surprised to find out that some the collected toys went missing, so they decided to investigate. Turns out the toys thief was exactly the one who was supposed to guard them – Ben, the department’s therapy dog. 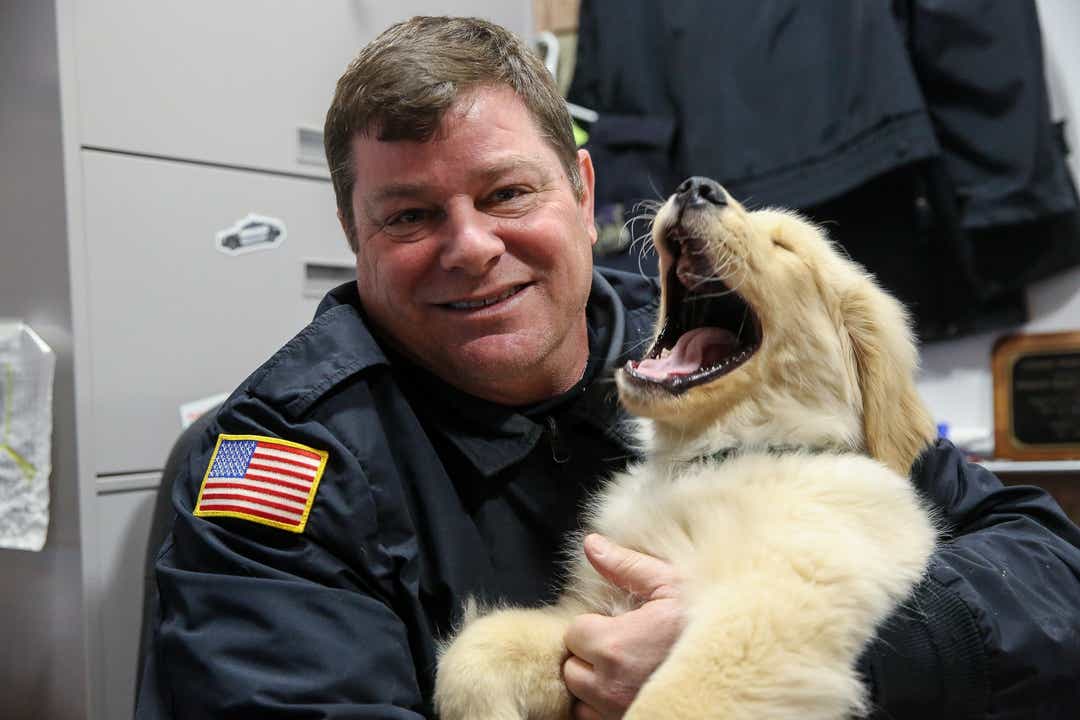 More than that, the 1-year-old Golden Retriever was caught in the act, as one of the officers filmed the whole scene. “When Ben saw the toys, he thought they all belonged to him,” Deputy Chief James Mill told WFXT.

“We learned an extremely valuable lesson today,” the police department wrote in a Facebook post. “When you have a classroom full of toys ready to be shipped off to the Santa Foundation, you should…1. Close the door to the classroom, or 2. Keep the toys elevated. If not, a golden retriever will slowly hoard them throughout the day and bring them back to his lair. Thanks to Officer Cusson for capturing this [thief] on camera.”

Thankfully, the kind officers decided to share the hilarious footages with their followers. After all, even them couldn’t their amusement when spotted Ben in the act. “You are priceless,” officer Cusson can be heard. “I think Officer Jamie Mucciarone, who is Ben’s handler, realized what was going on after two toys appeared under his desk, which is where Ben likes to sleep,” officer Jonson added. As a punishment, Ben got himself banned from the toy room. Not sure for how long, considering the adorable pup is the spirit of the department. “He’s like one of those friends that always shows up at a party that everybody loves,” officer Mill said. “So even if you’re having a terrible day, if Ben walks in, seriously, it’s just like a ray of sunshine.”

Boy caught sneaking into neighbor’s garage to hug their dog

A bulldog is lost, and his heartsick goose friend has inspired...